Just to throw my two cents into this as well, I 100% Deus should have the opportunity to explain and have a say - this isn't a shit board with a gang mentality like some others. 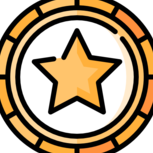 Deus does and will have every opportunity,as does afflicted. Cant talk shit if you got no evidence. One thing this board wont allow. That is and will always be a universal rule here When stuff ab

absolute class on how this was handled,well done to @NorthernLifters this is how a board should be run. Doors are open for members from cjm or CB,lets chat and stop all the politics.